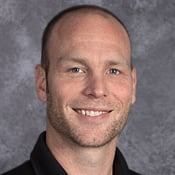 Joe grew up in Plymouth, MN playing youth hockey for the Osseo-Maple Grove Hockey Association. His Pewee A team was the state champions in '94-95. His Bantam A team ('96-97) also won state and finished runner-up at nationals in Boston, MA to Compuware. He played for the '83 Minnesota Blades AAA team in the summers. He played junior hockey for the Sioux Falls Stampede in the USHL. He was co-captain with Thomas Vanek, and made the All-Star game and Viking Cup team. He was a three time All-Academic team winner for the St. Cloud State Huskies in the WCHA. He earned a degree in marketing before before turning pro. He was drafted by the Pittsburgh Penguins and signed a two-year deal. During his first year pro he was named to the All-Star Game in the ECHL and won the "Fastest Skater Award." He was traded to the Carolina Hurricanes halfway through his second year, where he played six games with the Hurricanes - scoring a game winning goal in his third game. Later, he moved overseas and played for the Brunico Wolves in the Italian Serie A and led the league in goals before ending his career in England. He was a coach for the Eden Prairie Bantam AA team during the 2013-2014 season and the 2003 MN Blades. He has a passion for coaching, training and mentoring hockey players in the area. 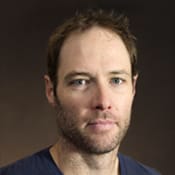 Joe grew up in Moorhead, MN and played youth hockey there. He played varsity for the Moorhead Spuds as a sophomore and was All-Conference his junior year. He then went on to Ann Arbor, Michigan for his senior season to play with the USA Under-18 National Development Team. From there, Joe played 4 years with the Colorado College Tigers, and graduated in 2003 with a bachelors degree in Economics. During his time at Colorado College, Joe played in 3 NCAA tournaments, and was on the WCHA champion team in 2003. His senior year, he was awarded the WCHA Best Defensive Player of the league as a forward. After college Joe signed with the Edmonton Oilers and played 3 years in the AHL and 1 season in the ECHL. He later went on to play in European professional leagues for 7 more years. 1 season in Germany, 1 in Scotland, and 5 in Italy, where he was linemates with Joe Jensen for 3 years with the Brunico Wolves. Joe spent every off-season of his 11 year professional career coaching and training youth athletes on and off the ice. He loves teaching kids about what they need to do to become better hockey players and better people.

What is the Gentry Astros AAA program?

The Gentry Astros AAA program is a new to the hockey scene. Teams are now forming for 2020. The purpose is to create teams of like minded, committed players, who come from great families.

What is our philosophy?

We believe in offensive, creative and high tempo hockey. Players strive to make plays and possess the puck. Practices reflect game play. In practices, the focus is on a high compete level, structured games, team strategies and skill development.

When does the Astros AAA program run?

The Gentry Astros AAA program will run from April-June and a period of August.

Do I have to be a Gentry Academy student/athlete to play on the Gentry Astros AAA?

No. Gentry Astros AAA is open to all players regardless of what school they attend.

Where will my team practice?

Practices will be primarily in the Northeast and Northwest suburbs, Vadnais Heights, Blaine, Brooklyn Park, Maple Grove, New Hope, etc. The coach of your team will dictate which rinks make the most sense based on your team's roster and location of families.

How many practice hours will there be?

This will vary greatly by team. Some of the teams will be at 20 hours of practices. An Astros Director or the Coach of your team will have this information.

How many tournaments will we play in?

Every team will play in four tournaments. Most teams will choose to play one out of town tournament.

Who will coach my team?

We will be conducting coaching interviews for each team and communicating to families during the recruiting process.

Can I play for other AAA teams, in addition to Gentry?

We are open to you playing for multiple AAA teams. If there is a tournament that conflicts with your other team, we ask that you commit to Gentry that weekend.

Is there a deposit?

What is the total cost for my player?

$750 - $1,500 depending on your team. This will be communicated during the recruiting process.